Does Google have Political Bias? A complete look at how Google's algorithms pick winners and losers.

As an expert in Search Engine Optimization, I often get asked, "Does Google have Political Bias?" or even more often simply, "Does Google have Bias?". Especially to the latter, I usually answer with the affirmative and explain that the entire point of Google's search engine is to narrow down millions of search results and display only ten first-page results. This is the textbook definition of bias; Google looks at a set of traits a website has and determines whether it is worthy of being on the first page based on these traits. However, when talking about "bias" most people are talking about a political bias in Google's search algorithms.

In this blog post, I'll lay out the data that I and others have collected in an attempt to objectively determine answers to the following questions:

Data will talk to you if you're willing to listen.

Does Google have Political Bias?

As you can see from the chart above, results from political searches are overwhelmingly non-partisan or only have a slight partisan skew. This is good news as most search results are trustworthy and largely represent the facts in a neutral or only partially partisan way.

To collect the data for this chart, I first created a list of fourteen political keywords that had decent search volumes (to ensure that people are actually searching for these things). I collected the top ten results for each of these topics and classified them as either Neutral/Middle, Left, Skews Left, Skews Right, or Right. I used the Media Bias Chart to rank the partisanship of the different websites. For example, the New York Times would be classified as "Skews Left" and Fox News would be classified as "Right".

However, to answer question number one, Google's search results have a clear lack of equality between the number of left-leaning sites versus the number of right-leaning sites. A mere 10% of results represent a right-wing slant while a whopping 34% have a liberal bias.

Is Google Responsible for this Bias?

We must remember that just because Google's search results are biased doesn't mean that Google's algorithms are biased. It could be, as Search Engine Journal suggests, that conservative webmasters are just horrible at Search Engine Optimization (SEO).

First, a bit about Backlinks

Before I explain Search Engine Journal's theory I need to explain what backlinks are and why they are so important to rank on Google. You may be wondering what the significance of backlinks is in this whole conversation. Well, Google has the impossible job of sorting trillions of web pages to present you with the best 10 choices in a matter of seconds. To do this, Google has put into place algorithms that rank websites based on certain traits. One of these traits is how many backlinks (again, also called hyperlinks) a website has. The more backlinks a site has the more likely it is to rank on the first page of Google. In addition, not all backlinks are created equal. The more authoritative/trustworthy a site is the more powerful its backlinks will be. For example, getting a backlink from cheapairplanetickets.com won't be nearly as powerful as a backlink from Whitehouse.gov.

This assertion that conservative website owners are simply bad at SEO seems plausible given a quick examination of the top 10 conservative websites (based on traffic). One can easily see that while liberal sites like CNN publish a lot of what SEO's call "link-bait" content, conservative sites like the National Review or Washington Examiner don't even make an effort. "Link-Bait" is when a website posts content as a helpful resource in an effort to gain better SEO. A great example would be the BBC's Gun Violence charts. The BBC probably doesn't expect to gain much traffic from charts like these, but many other journalists link to them as their source which drives backlinks to their site. If lots of reputable websites link to the BBC, it shows Google that the BBC is also trustworthy and Google will rank the BBC higher because of that.

However, there are many other ways to explain the apparent backlink deficit between liberal and conservative sites. According to data collected by Nathan Gotch (a leader in search engine data), the average liberal website has around 6 times the number of .edu and .gov backlinks than a conservative website. Now, it has long been speculated that Google's search algorithms have treated .edu and .gov backlinks as much more powerful than normal .com or .net backlinks. From this data, we can reasonably assume that a large portion of Google's search result bias is due to government organizations and nonprofits linking disproportionately to center-left or far-left websites. Again, this doesn't necessarily mean that this disproportionate linking is due to any sort of bias, but it could rather be that conservative website owners focus less on making "link-bait" content than larger, liberal websites do. To be honest, I don't have enough data to be able to tell you which of these theories is true.

While many SEOs have quickly chalked up Google's bias to being the fault of conservative website owners I see the issue as much more complex. First, I would like to say that right-wing websites clearly don't try to manage their SEO well. Heck, they hardly publish anything that isn't pure opinion. Of course, government websites aren't going to link to opinion articles!

However, I think that conservative websites may have accepted defeat and thus don't even make an attempt at getting backlinks. They know that it isn't a realistic goal for them so they... just don't try. No one wants to continue working on SEO when the money is simply going down the drain and doesn't increase your traffic at all.

I find it unlikely that conservative business owners like Rupert Murdoch, known for his keen business since, would just ignore SEO without a good reason. It seems most likely to me that conservative websites either 1) have a high bounce rate from organic traffic due to younger audiences tending towards liberalism or 2) Google's linking pyramid which has made the search engine so successful keeps minority thoughts from ranking highly.

If the second is true this brings about an interesting philosophical question. Clearly, no search algorithm currently exists that can rank articles and webpages based solely on their quality. Such a meritocratic search engine is logically impossible, as far as I'm concerned. All search engines will be biased in the form of favoring majority opinions by wealthier individuals and companies.

However, it's not all doom and gloom. If you own a business, blog, or just want to get your message out their my company, Revenue Raccoon can help! Revenue Raccoon focuses on delivering results through SEO, PPC, and many other forms of Digital Marketing. Check out our other information content and give us a call today at (903)-347-3414

My name is Hayden Russell. I am the owner of Revenue Raccoon which is a digital marketing agency near Fort Worth, TX. I've been involved with some form of internet marketing since I was 10 years old making money through a semi-viral YouTube video that I made. This got me hooked on making money through the internet. Nowadays, I focus on helping local businesses use the power of Search Engine Marketing (SEO, SEM) to efficiently generate more demand for their business. Some examples of companies I've worked with are Moody AC Repair and LeadEasily.

While some claim to get quick wins with SEO they are often using blackhat tactics that will end up wreaking havoc on your site's rankings. I don't cut corners or use shady tricks. I do things the hard way and get my clients long-lasting results. 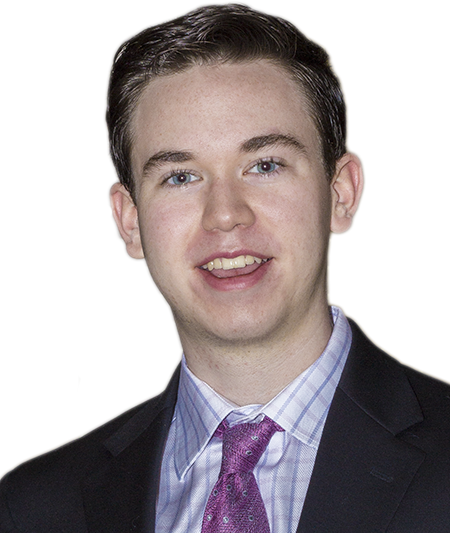 We are dedicated to helping business' grow and succeed by using internet marketing.
hayden@revenueraccoon.com